Uh Oh another birthday, something i dont give a lot of thought to until the actual day.. But it seems some of my friends do for which i am the lucky one..  Most of you know im a pretty emotional person lots of Tears have flowed several times over the past few days, as i read the personal messages that have been written on my cards and on facebook. Im sure there is a word out there somewhere for people like me, i just cant grasp it right now....I am one of those who prefer to give than receive and when i am given to i become overewhelmed with emotions..The precious gifts i received, mean so much as they have all been chosen with a lot of thought and love. I am feeling so blessed to have such awesome friends...I had a lovely day yesterday,  coffee in the morning with my best lil Brother Gary, then meeting up with Elaine later for another coffee and pressie, Lucky me.. 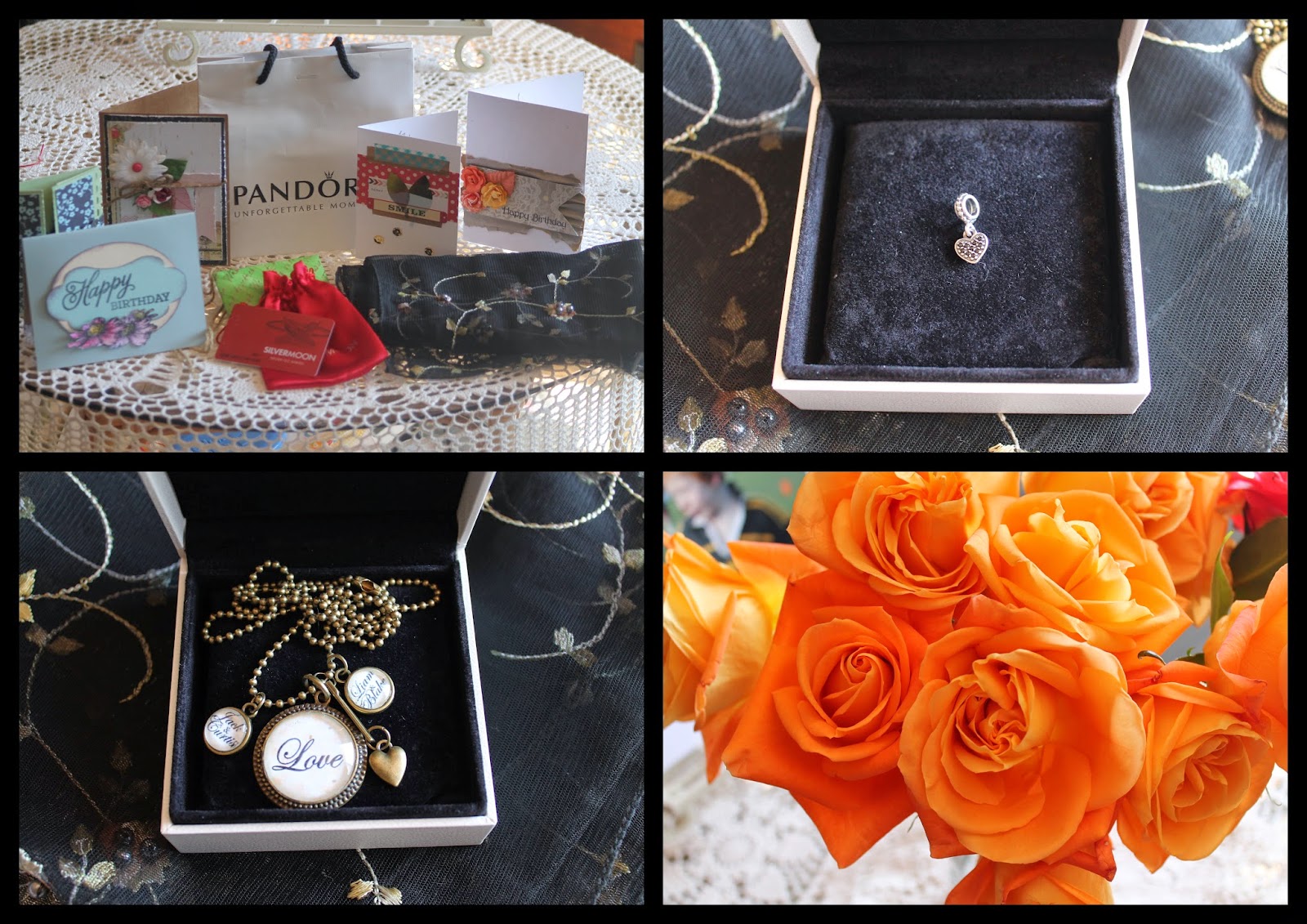 Here are some of the beautiful gifts i received, the flowers i bought myself as they are my fave color. 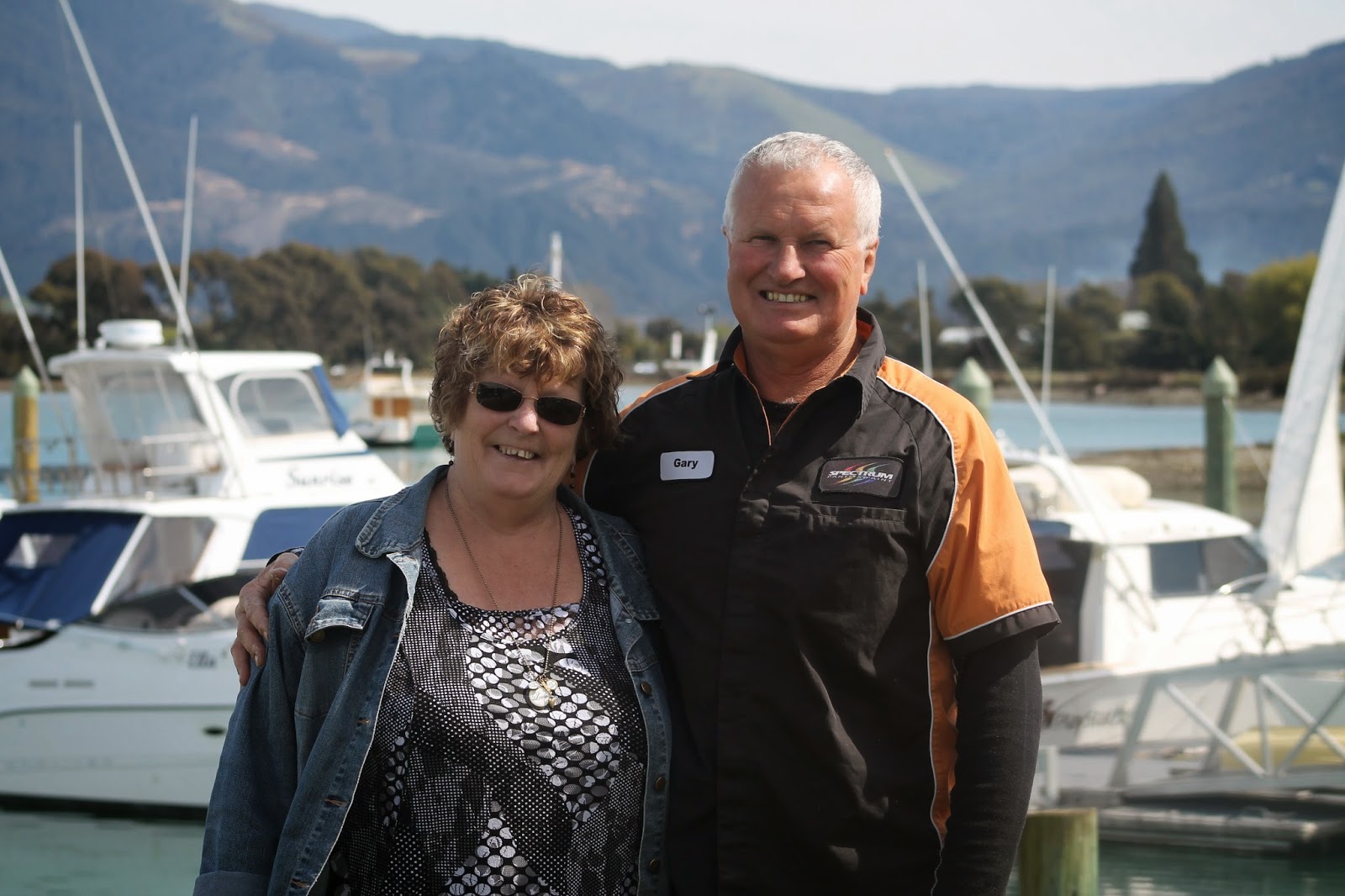 Gary and I at Motueka Marina

I have never talked about my childhood to many but I am one of 3 siblings, i am the middle child. I have an older brother Tony and a younger one Gary. Both of them are very special to me.
Our mum passed away with Cancer, she was only 28 years and 8 months old..Too Tragic to think about and far too young to die.. Tony was 4yrs 11months old, i was 2years 8 months, and Gary was just a babe at 7 months.  Our maternal grandparents took care of him right from the time he was born as our mum was rushed straight to ChristChurch Hospital immediately after his birth.. Due to extremely difficult circumstances Gary was adopted by Nana and Grandfather..So he grew up in Motueka which was about 90kms away, not far in todays world but then it was or seemed far far away when i was a child...Our Father remarried but Gary never came to live with us.. Once or twice a year we would get to see him as we grew up. Our Grandparents would pack up and bring Gary over to stay in  Pioneer cottage which was part of the Collingwood camping ground..If we had been good kids we would get to visit them and if our Stepmother was angry, she had excuses ready to disappoint all parties.. We were in Collingwood a couple of years ago and Charlie took the following photo of Gary and I outside that same wee cottage.. 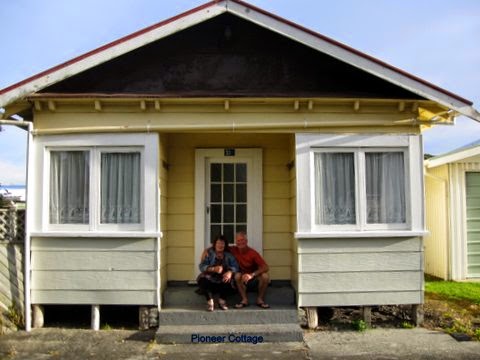 As the years went by the 3 of us had a bond that no one could break and that bond remains as strong as ever. The following photo was taken 2 months ago... 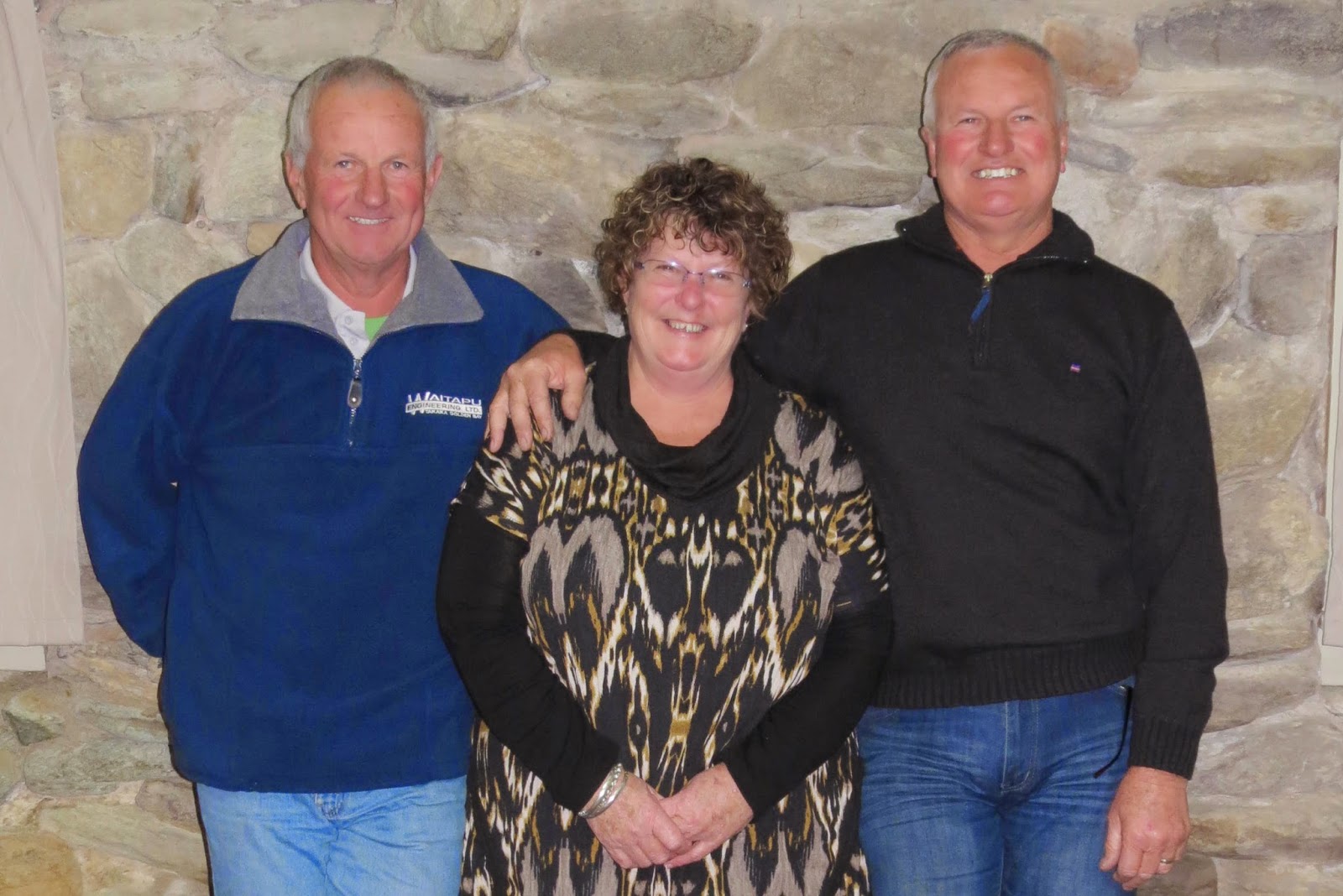 When i was 16 i went to Motueka and lived with Grandfather and Gary, I worked on the tobacco farms, for about a year.. in that time I taught myself to sew on Nana's old treadle machine, it was in mint condition and i turned out some awesome clothes, baby doll dresses were in in those days.. I am really sad to say i do not have any photo's as they were pretty few and far between in fact im not sure if i even had a camera back then..
When Granfather passed away in 1988 most of his possessions were given away to family members and some sold to a 2nd hand dealer. At the time i was too young and naive to know that i should of asked for the sewing machine.. I did ask Gary and my cousin Jocelyn if they knew where it ended up, just a year or so ago, as i had visions that i needed it in my home.. It remains a mystery but we suspect the 2nd hand dealer got it...
Ok this is where i change the subject slightly..A couple of weeks ago someone rammed our new truck in the pak n save carpark over  at Richmond so it had to go to the painter and panel beater, who just happens to be my lil brother.. Yesterday i went over to pick it up..Gary was questioning me as to my movements for the rest of the day, at the time i thought it was a bit weird but didnt really take it on board..As i was leaving he said text me when you get to stoke, so i did that.. nek minute my phone rings he says where are you, err at Elaine's work i said.. He says look in the back of the truck when you get back to it.. hmmm so when i get back i start undoing the cover on the truck, and i spy what looks like a box, the mystery deepens till the cover is taken back further.. The rest is history really as i burst into tears..
The next text that comes in says
"Happy Birthday Sis"
aww man i love that guy

Check out the following WOW!!! 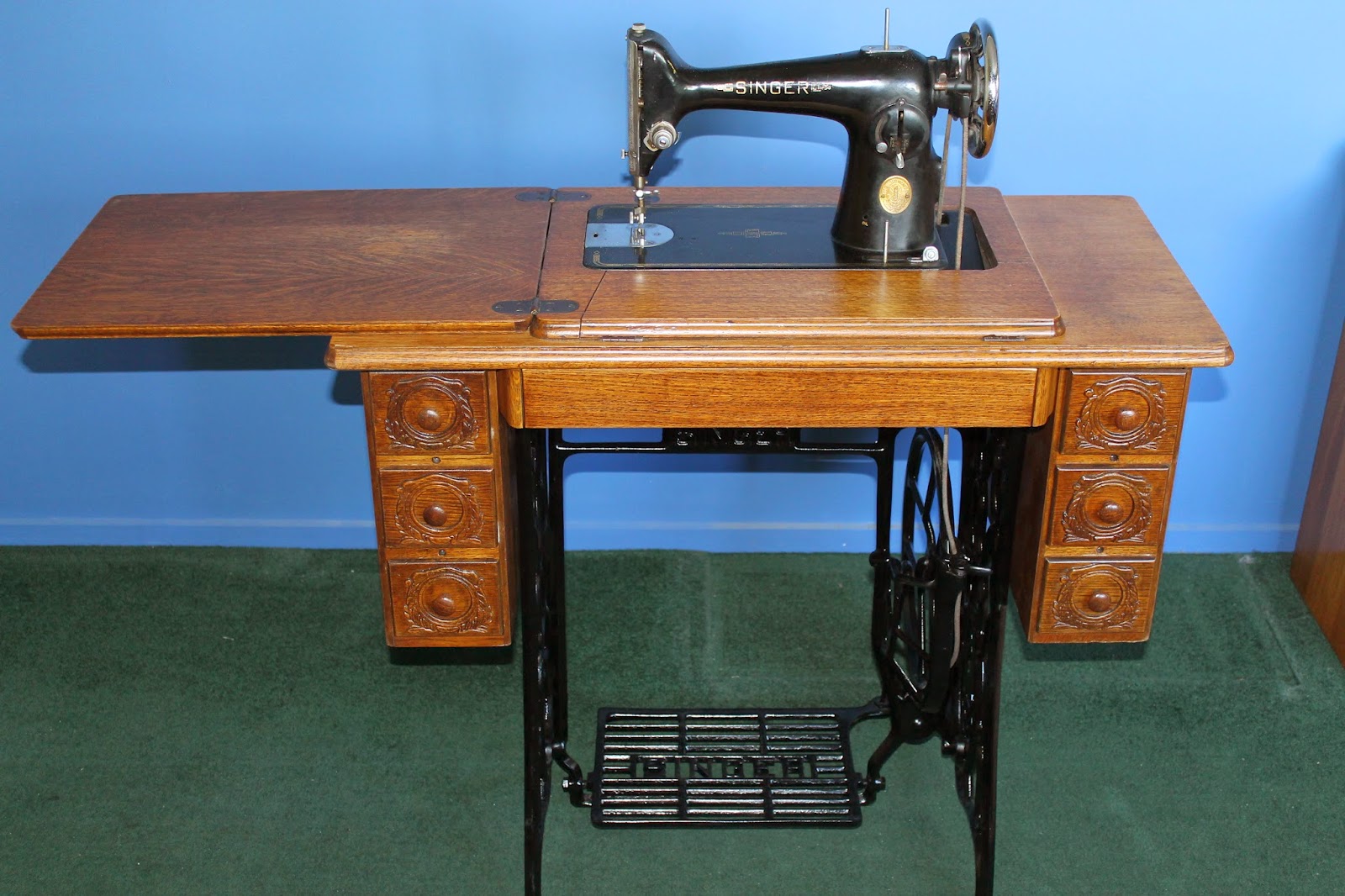 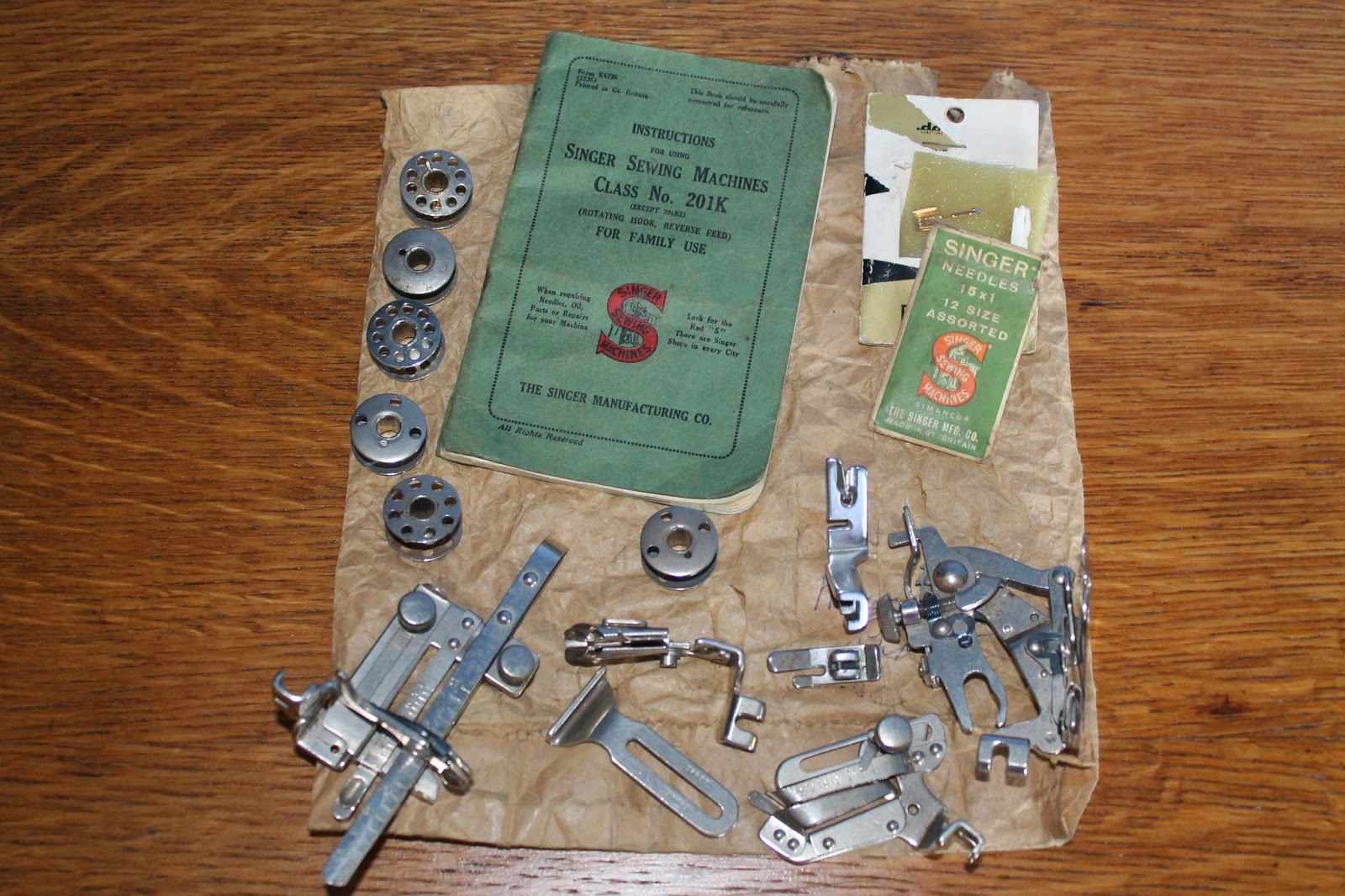 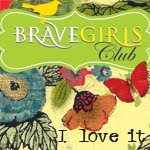 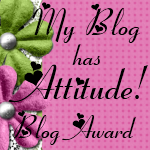